There is a lot of controversy regarding soy and breast cancer. The good news is that the National Cancer Institute is finally conducting a human study to look into the soy/cancer connection.

Isoflavones. So most of the conclusions are drawn from:

There is a lot of ongoing research that will provide more and more information about soy and breast cancer, as well as the benefits (or lack thereof) of soy for other cancers. Soya contains so many active compounds that it will keep researchers busy for a while.

Any research into soy and cancer must control so many variables! Be careful to draw broad conclusions from single results based on very narrow research with usually very small groups.

The observational studies looked mostly at groups of women who had high soy-based food intakes, which showed a lower risk of breast and endometrial cancer. However, there may well be other ways to explain the results. Women who eat large amounts of soy very likely eat a muchhealthier diet that the majority of women in western societies. Mostly these studies have focused on Asian women, so genetic differences may play a role as well.

There is some evidence that the age when this diet is started is important for the soy and cancer connection. It appears that this diet is much more beneficial when the high intake starts at a time when the breast tissue is developing. It might be either useless or even harmful for post-menopausal women to start taking isoflavone supplements at mid-life.

Based on the current theory that estrogen of any kind stimulates the growth of breast cancer cells, some researchers suggest that soy should be avoided for women who had breast cancer. In contrast, other researchers suggest that soy estrogen, which uses the same estrogen receptors, blocks the stronger estrogens and is therefore beneficial to prevent the growth of breast cancer cells. (BTW: we read a similar argument with regards to the benefit of estriol vs. estradiol).

There is some evidence that genistein, a phytoestrogen found in soy, could interfere with the effectiveness of tamoxifen to prevent breast cancer cell growth. So women on tamoxifen should avoid isoflavone supplements.

Until this issue is resolved, most traditional oncologists err on the side of caution (and try to prevent law suits) and recommend that women with breast cancer avoid adding soya to their diets. Although, most say that it is okay to eat the soy products you would normally consume in your diet.

With the discovery of different kinds of estrogen receptors, newer research is discovering more nuanced responses to the soy and breast cancer conundrum. Genistein, the most common isoflavone in soya, binds predominantly to beta receptors which are not so common in breast tissue and the reproductive organs. Some researchers say that because of the tissue specific action of soy, it might even prevent breast cancer.

However, until research solves the question about soy and breast cancer, women with estrogen activated breast cancer should avoid the higher concentrated supplements. 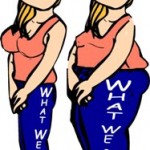